In Search of a Better Name Than Windows Runtime “XAML” Framework

XAML is a very non-descriptive name for one of the UI technologies used in Windows 8 Metro style apps. Nothing at the level of WPF/Avalon or Silverlight/WPF/E. “Jupiter” could be its name, but no one at Microsoft ever officially confirmed what “Jupiter” really is or if it really is the father of “Apollo“. I noticed a blog post of a Microsoft Developer Evangelist mentioning XAML being Jupiter, but it might still just be a mistake, since developer evangelists are not usually members of the product engineering teams at Microsoft, so it might still just be based on rumors taken as fact. Looking for any confirmation I found there was not even a Wikipedia article for the latest XAML UI framework so here it is:

DirectX developers might (should) be familiar with the Debug Layer. This is a piece of code that you can inject into Direct3D for debugging instrumentation. When you create a D3D device, by default – Direct3D is a very thin layer that allows you to achieve maximum performance from your API calls through the drivers to the hardware. In fact it is so thin, that when an error occurs – you only get one of few error codes. This might make you wonder why that API call you are making is failing. Did you forget to pad that constant buffer struct to a multiple of 16 bytes size? Or perhaps you passed an invalid combination of flags to that other method. Well, for years now – you could get all that information by enabling the Debug Layer, but how do you do that in the WinRT world?

END_OF_DOCUMENT_TOKEN_TO_BE_REPLACED

I just sliced 262 fruits, including 19 delicious apples on Fruit Ninja for Windows!

I just updated the WinRT XAML Toolkit for Windows 8 Release Preview. Grab the source code if you find it useful. Some things work better (ring/pie slice controls don’t flicker and shake any more). The CascadingTextBlock seems to have hit a new bug with PlaneProjections so you might need to set UseRotation to false, look/wait for a workaround or wait for a fix from Microsoft.

See image below for comparison: 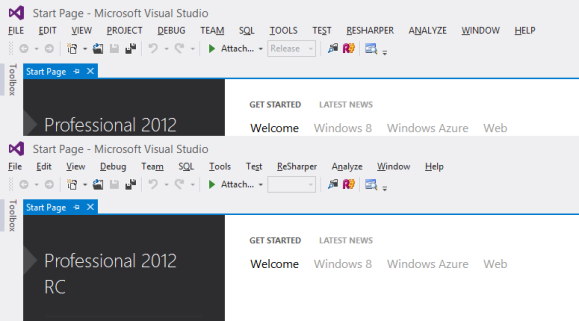 END_OF_DOCUMENT_TOKEN_TO_BE_REPLACED

So I installed Windows 8 Release Preview today. I had a bit of a trouble since I first tried the unsupported method that ported my user profile from the previous version which was something between CP and RP. After backing up my files and doing a clean install – things started whirring and it works great now. It works so great in fact that I now love Windows 8. It has been an interesting experience with Developer Preview and Consumer Preview before, but mostly from the novelty of developing for a new platform that is somewhat familiar to a WPF/Silverlight developer. The only metro apps that I used were the ones I worked on myself and otherwise – I had staid in the desktop world, which is still good – with numerous improvements from Windows 7. With RP and the updated set of apps – things changed. I love the new apps. They finally have features that I can find useful and they look brilliant in the chromeless Metro style on my laptop.

END_OF_DOCUMENT_TOKEN_TO_BE_REPLACED

UX passionate, NUI/GUI UI developer, specializing in Microsoft technologies from WinAPI and GDI through WinForms to Surface/WPF/Silverlight, DirectX & WinRT. Developer at Vectoform by day. My words are mine and mine only.